hey, i'm mykocalico. i'm an artist who mostly draws furries and made up creatures. sometimes i also make 3d models or code stuff like this site :3c

i go by fen right now, but my identity is nebulous as fuck so that could randomly change. my pronouns are they/them and he/him; my preference is mostly (but not exclusively) they, but don't worry about it too much.

i love biology!! i don't even know if there's any part of it that i like the most... i just think all of it is cool (though i obviously have a thing for fungi lol)

if you're wondering what i use for art: i use a huion kamvas pro 16 and i usually draw (and animate) in krita, and i use blender for 3d stuff!

also, if you're wondering if i do commissions: i don't really have any plans to, atm. there's a lot to figure out with commissions, and right now i have uni stuff to figure out... sorry! 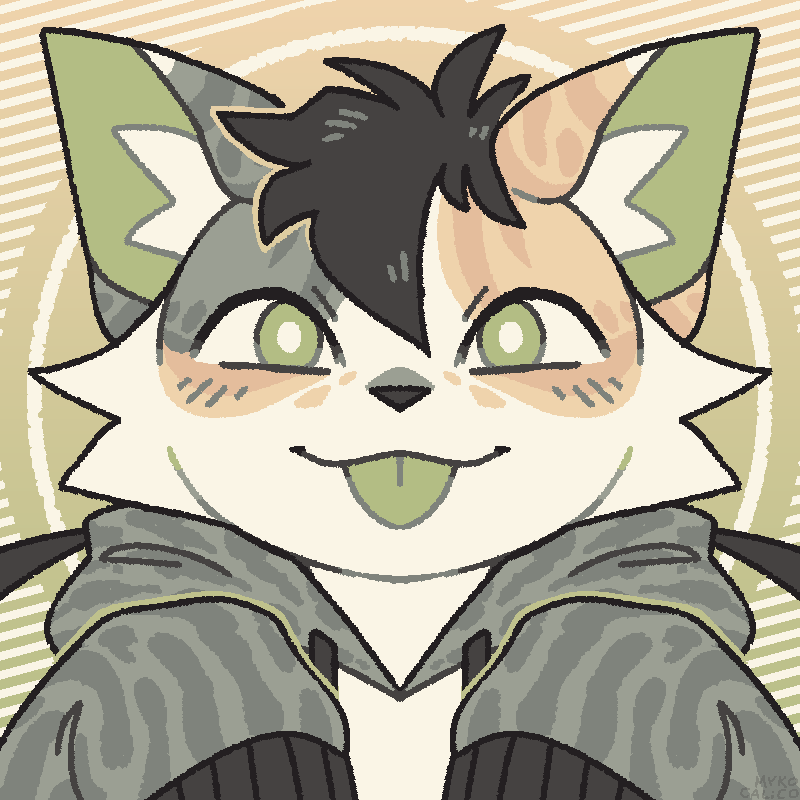 toyhou.se
look upon my 100+ characters and despair

discord server invite
just a general place to hang out. not super busy
rules are pretty much just "be nice"
note: you have to introduce yourself to get access to actual chatting channels

18+!!!!!
nsfw twitter (art and other things)
furaffinity (finished art only)

some things on this site!

split-complementary palette generator
funny little js script i made in a few hours just cuz. it can also make a palette with an input color, which is neat

akotera wiki
info about one of my worlds... it's the only one with a presentable wiki like this haha

assorted creatures
worldbuilding stuff about random creatures that aren't part of any bigger worlds... could honestly use an update but you know how it is